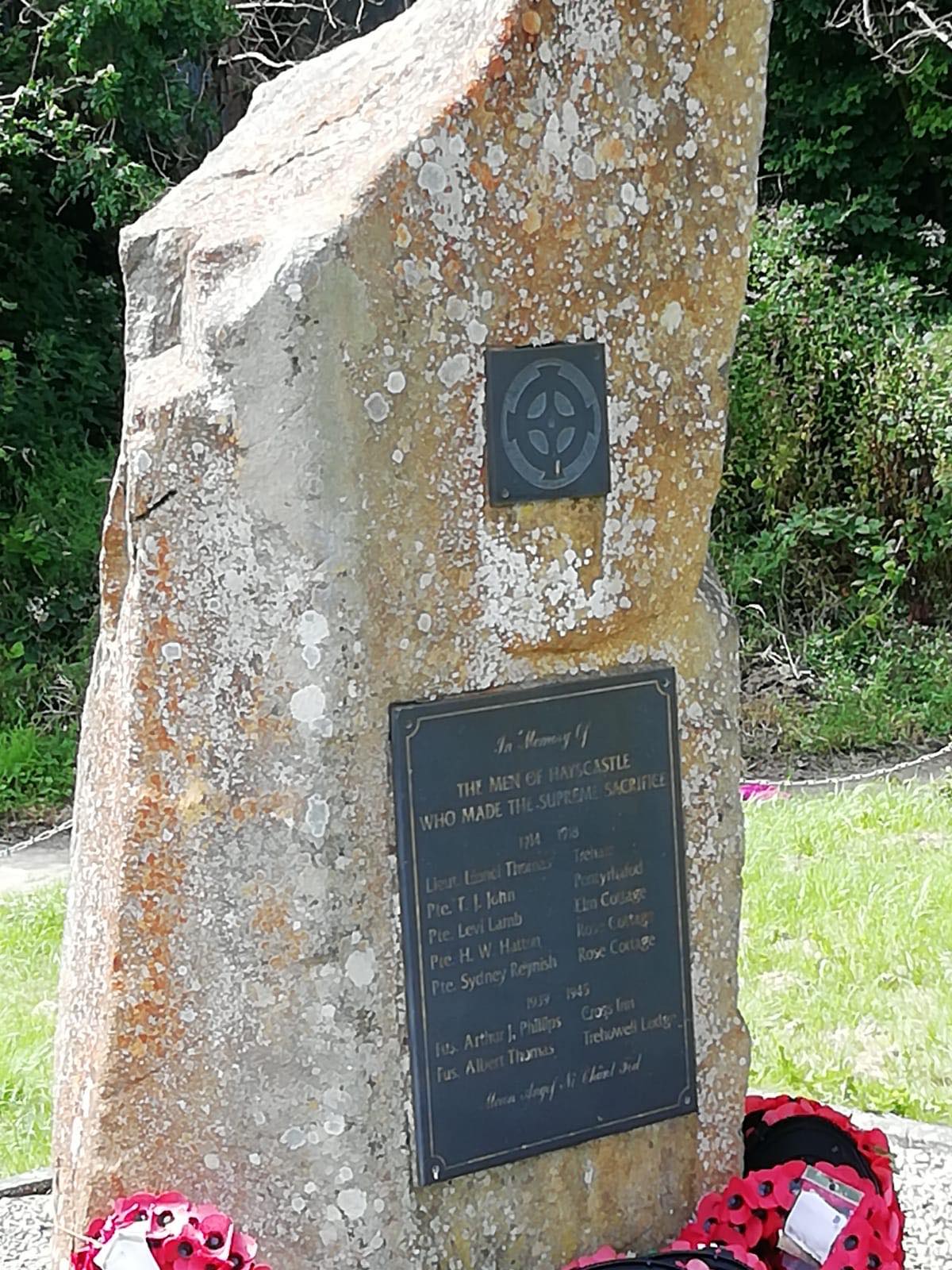 Prior to 1996 there was no memorial to commemorate those servicemen from the community who had fallen in the two World Wars of the 20th Century. The Community Council thought this needed rectifying and set about creating one. A site was chosen below the school and the relevant permissions were obtained from Pembrokeshire County Council. Much interest was shown in the community and quickly a suitable stone was chosen from a nearby farm and offers to dig the hole, transport the stone, set it in concrete and create a suitable surround were forthcoming from local businesses and residents alike. A plaque was commissioned to attach to the stone showing the names of those who died in combat. Much of the work was done without cost, such was the enthusiasm for the project.

Mona Harwood, a descendant of one of those who died and who resided in the community unveiled the memorial.
Due to the many commitments by the clergy, the services have always been held at 3.15 pm on Remembrance Sunday each year and generally include a marching band and standard bearers. Wreaths are laid by individuals and community groups. There have always been refreshments served afterwards by the good people of the community, which were at first laid on in the school, but now is served in the Community Centre.

Over subsequent years, the area has been enhanced by the addition of seating, daffodils, trees and a flower bed. It is also surrounded by post and chain. Those who died waited a long time for their memorial. They will never be forgotten.